Raymond Sun, associate professor in the Department of History and specialist in the history of Nazi Germany and the Holocaust, will discuss the current refugee crisis and how it was affected by events and attitudes of the past. By presenting an overview of the United States’ unwelcoming policy and hostile public opinion toward German and Austrian Jews seeking safe haven between 1933 and 1939, he’ll reveal historical parallels and roots of current official attempts to restrict the number of refugees admitted to the United States. 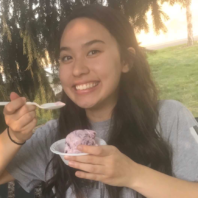 Zili Chang, a senior History major, will also present research from her honors thesis examining the current political usage (via social media) of the infamous case of the passenger liner St. Louis. More than 900 Jewish refugees aboard the ship were not allowed to disembark in Cuba or the United States, forcing them to return to Europe where over 250 were eventually murdered in the Holocaust.